It’s a ‘ferrytale’ ending after school boat is sunk 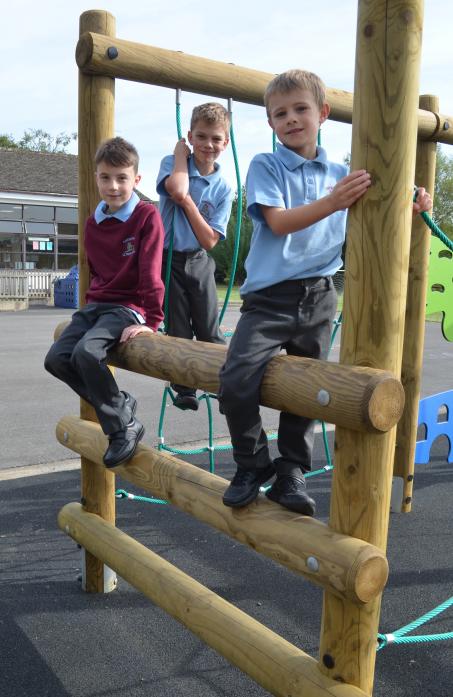 HMS Ravensworth has finally been sunk.

The popular playground pirate ship at the small village primary school has been replaced with a modern climbing frame after a lengthy fundraising campaign.

The pirate ship was installed in 2012 and proved popular with waves of youngsters at Ravensworth Primary School. Sadly, three years ago, the ship hit stormy waters. It was condemned after an inspection found the wood had started to rot and youngsters were stopped from playing on the vessel.

School administrator Hazel Richmond said the ship had still been under guarantee when the rot set in, but the company which supplied it had gone out of business.

“It left us with an unexpected expense to fund the new climbing frame,” she said.

The school’s friends group began organising events to raise some of the £10,500 needed for new equipment such as a sponsored climb and a marathon challenge asking pupils to complete laps of the school field equivalent to the distance between the Ravensworth and the Arctic.

In the end, the friends contributed £3,000 towards the cost of the new frame, with the remainder coming from other grants, while Richmond firm Mac Plant carried out the ground levelling work for free.

Mrs Richmond said after the money had been raised, the project was further delayed due to Covid.

“We had a date for installation in April, but it was finally put up in the last week of the summer term,” she said.

Unfortunately, none of the children could use it as the school had been closed and the children asked to isolate due to Covid.

“They did not get the chance to play on it until they came back in September,” added Mrs Richmond.

“There is just a little bit of landscaping to do around it now.”

How To Find Us

Our website is currently in the process of being updated, if there is anything that you are looking for but are unable to find, please contact us by telephoning 01325 718375.

We use cookies to ensure that we give you the best experience on our website. If you continue to use this site we will assume that you are happy with it.OkCookies